Are you disturbed by the fact that at times your PC gets hot? Well, this can be a bit discouraging since you may have to replace the damage caused by the overheating. This is where the PC radiator fans comes in. They are meant to reduce the heat that is being generated. Remember that if they are not in place, you will end up repairing your motherboard frequently. The motherboard is the most important part of your PC. It is actually the central part of the operation of the PC.

In most cases, they are fitted with fans for the sake of regulating the heat. Therefore, when you hear about the radiator or the fans, do not be amazed. You may have to ensure that they are working effectively. It is just the same way you would want to fit air fans to your office or house to help in the regulation of the heat. I this article, I will explain to you the basic knowledge that you need to know about the PC fan and radiator. 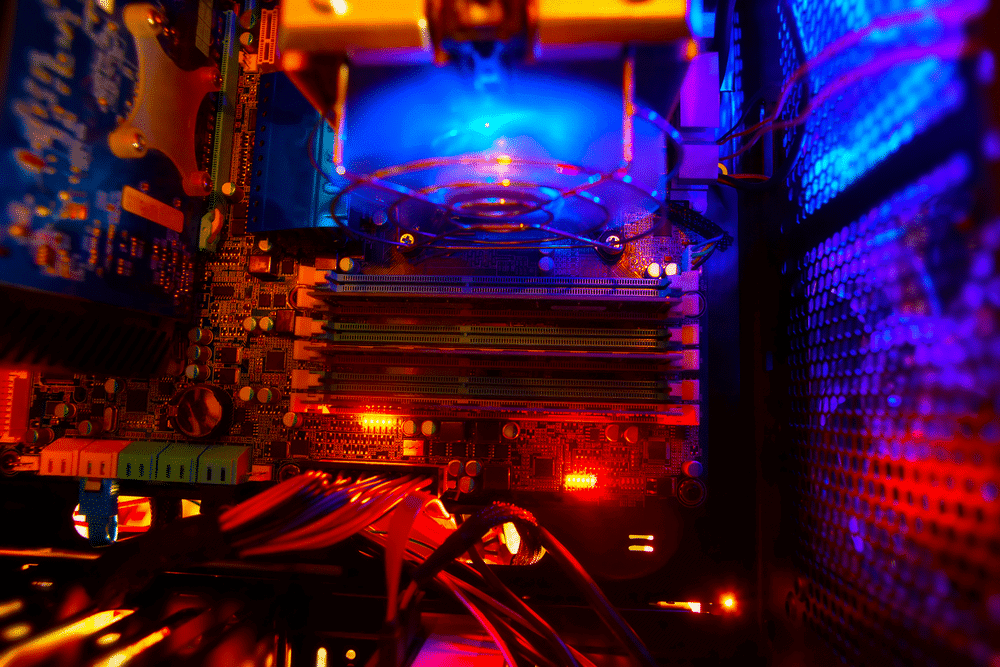 There are different types of PC Radiator Fan. For instance, we have the case fan, the CPU fan, the power supply fan and the video card fan. All these fans have different ways of working for your PC. To install or buy a PC with the fans, you need to understand which fans work best for your radiator. Not all brands can guarantee you an excellent experience. There are different brands of fans which could work best for your radiator. Out of the product review that I have done, I have come to realize that not all fans in the market may prove to be what you need. Therefore, if you want to fix some fan for your PC, I have sorted some of the fans which can work best for you. Here they are:

This is one of the best fans that you can think about. It is fitted with anti-vibration silicon which helps in reducing the noise. Have you ever heard some unpleasant sound generated by your PC after using it continually for a long time? Typically, that noise is caused by your computer fan as it operates. Noctua NF-F Chromax does not have that limitation. It is very cool but useful. The fans can run on a bearing of SSO2. This means that they can be fitted to nearly all generations of your PC. Basically, this is the best fan in 2018 that you can go for. It also has a high static pressure hence very useful.

This is actually one of the most famous fans because of its effectiveness. Just as the name suggests, it emits a very minimal noise when operating. If you doubt its effectiveness, then check the air flow rate. With the air flow rate of 101.09 m³/h, you can be sure that it will cool your PC in the best way possible. The fan also has high static pressure. Ideally, this fan can help maintain your PC. It is relatively expensive, but you will like it, it is worth its price. 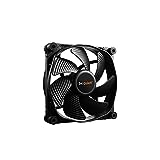 Lastly, I would recommend this fan as it can work best for your radiator. It is generally one of the best fans you can go for. It is more fascinating as it has options for customizing its visuals. It comes mostly in size approximately 120mm by 140mm. You can get the fan in either twin or Single Park based on your preference. The fan also produces less noise using hydraulic bearing but is very useful in controlling the heat being generated. Amazingly, it is not as expensive as the other types of fans.

The mentioned three fans are the best in 2018. If you still budgeting to have a fan, be it external or internal for your radiator, you can consider trying the brands. Do your consultation before making that critical decision. You will not be disappointed. 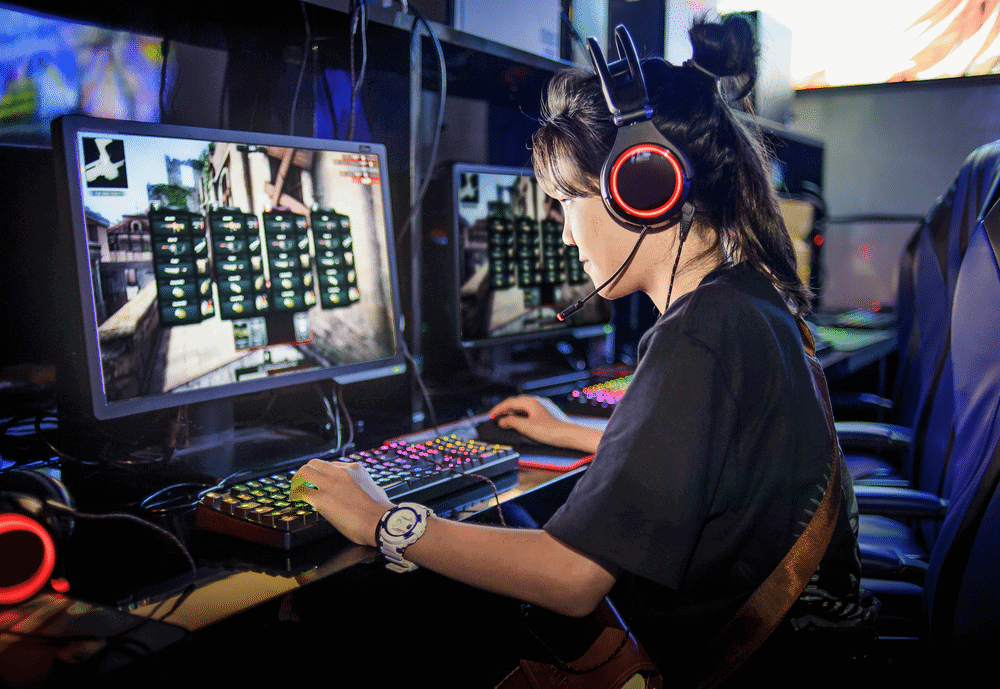 Where would you put the fans and the radiator?

The positioning of your fan and the radiator affects the effectiveness of the whole process of cooling your PC. The placement, however, depends on the number of fans you want to use. If you have three fans, this is how you should go:

On the other hand, the PC radiator should be placed on the top of the case of the CPU. This is because it will be able to pull the hot air generated in the CPU hence cooling the PC. However, when you place it at the back or either side of the CPU case, it will heat the components in the case instead of cooling it. In simple words, the radiator also produces some heat so it can also burn the case components. With this, you will have failed in your attempt to cool the computer especially when you use it regularly for long hours in gaming.

Most people think that coolers and radiators are the same things. Well, they do the same duty for your PC, but they are not the same thing. They are both used to regulate heat in your computer. However, the coolers are used to reduce the temperature of the air in them. Coolers are more of computer fans. What they do is to generate cold air which would replace the hot air around your PC. In return, you will realize that your PC will not be overheating since it does not keep the heat it generates.

What does the radiator do in a water-cooled PC?

Just as you would need radiators in your home, your water-cooled PC also need radiators. It acts as the middleman between liquids and air to enhance the cooling effect. Basically, your PC has several participants in cooling the computer. Some of the participants, in this case, are the fans. However, you should note that the central part of for the cooling is the radiator. The fans only help in cooling the air by replacing the hot air with cold air from outside.

The radiator comes in to cool the liquid in the PC. This means that unless the PC have radiators, the hot liquids will remain hot without cooling hence interfering with the functionality of the PC. It is through the radiator that the hot liquids can be converted to air so that the fan can be useful in cooling then while in air form.

Why do we need several Fans in the PC?

We need several fans in the PC. Generally speaking, computers are used more than they were used in the past. Some of the programs which we use alongside our PC are usually heavy. They produce a lot of heat which unless regulated, we can end up losing our PC. For instance, the graphics cards and the processors in the computer emit lots of heat. It is not practical to switch off the PC for it to cool first before we can continue with what we are supposed to be doing. This is why we need several fans with the capacity to cool the PC as required.

Additionally, most PC has an insufficient capacity to retain power. In fact, most of them can only for a long time without going off if they are connected to the source of heat. You realize that if this happens, there will be heat being produced from within as well as the one generated out of the changing. The PC cannot survive in such an environment. It, therefore, calls for more fans. At any given point if you want your PC to last longer, you will have to regulate that heat.

Lastly, our PC is made using some fragile wires. An example is the motherboard of a PC. It is generally made of several interconnecting cables which are used to configure the PC to operate as expected. One of the things that the motherboard fears are intense heat. If subjected to too much heat, the wires get cut. Once this happens, you can never have the PC operating. Therefore, having several PC Radiator Fans helps us to maintain the lifespan of the PC at its best potential. We definitely would not want to keep repairing the motherboard if it can be managed by just regulating the heat.

Where would you put the fans and the radiator?

What does the radiator do in a water-cooled PC?

Radiator acts as the middleman between liquids and air to enhance the cooling effect.

Why do we need several Fans in the PC?

Some of the programs which we use alongside our PC are usually heavy. They produce a lot of heat which unless regulated, we can end up losing our PC.